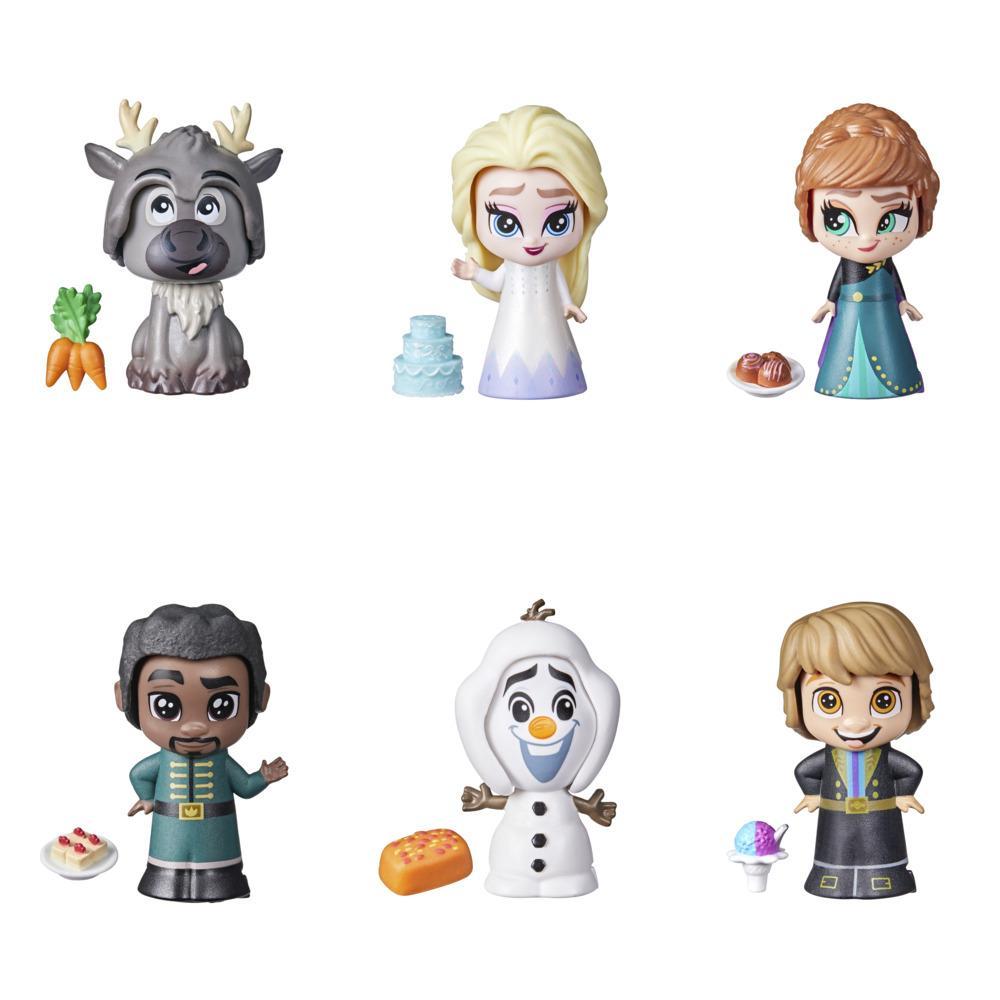 Where To Buy products page url

Warning:
CHOKING HAZARD-Small Parts. Not For Children Under 3 Years.

In Disney's Frozen 2 movie, the characters embark on amazing, surprise-filled adventures together. Frozen fans will love the unexpected delight of the Disney Frozen Twirlabouts dolls. Since the blind box doesn't reveal the identity of the figure inside, the excitement builds as your child guesses which Frozen character and accessory they'll get. Kids are in for another surprise after opening their Disney Frozen toy. The doll features 2 facial expressions. Move the dial to change the look from sweet to sassy! This series of Disney Frozen mini figures includes favorite characters such as Queen Anna, Queen Elsa, Kristoff, Lieutenant Mattias, Olaf, and Sven. Extend the fun with all the Disney Frozen 2 Twirlabouts dolls. The surprise figures work with the Disney Frozen Twirlabouts playsets, and kids will love to start a collection of mini Frozen dolls. (Each sold separately. Subject to availability.) Note: Purchaser will randomly receive 1 of 6 characters. Copyright Disney Hasbro and all related terms are trademarks of Hasbro.

•TWIRLABOUTS SURPRISE FIGURE IN EACH BOX: Kids will randomly receive 1 of 6 characters inspired by Disney's Frozen movies. Each sold separately. Subject to availability
•MADE FOR THE MODERN KID: Disney Frozen Twirlabouts is a twist on classic doll play with 2 awesome easy-change facial expressions
•1 DOLL, 2 FACIAL EXPRESSIONS: Spin the dial on the doll's base to switch their expression
•A SILLIER SIDE OF FROZEN: The Twirlabouts dolls are a sassy-sweet toy for kids 3 and up with their made-for-collecting scale and fun fidget factor. Dolls are approximately 1.8 inches.
•FAVORITE DISNEY FROZEN CHARACTERS: This series of Disney Frozen surprise blind boxes includes dolls such as Queen Anna, Queen Elsa, Kristoff, Lieutenant Mattias, Olaf, and Sven. Each sold separately

•Ages 3 and up
•WARNING: CHOKING HAZARD -- Small parts. Not for children under 3 years.
•Includes doll and accessory.

Others Also Looked At

We’re sorry, but you are not eligible to access this site.

If you believe you received this message in error, please contact us for assistance.

You are now leaving Hasbro.com

Hasbro does not control and is not responsible for the availability of, or content on, linked third party websites.